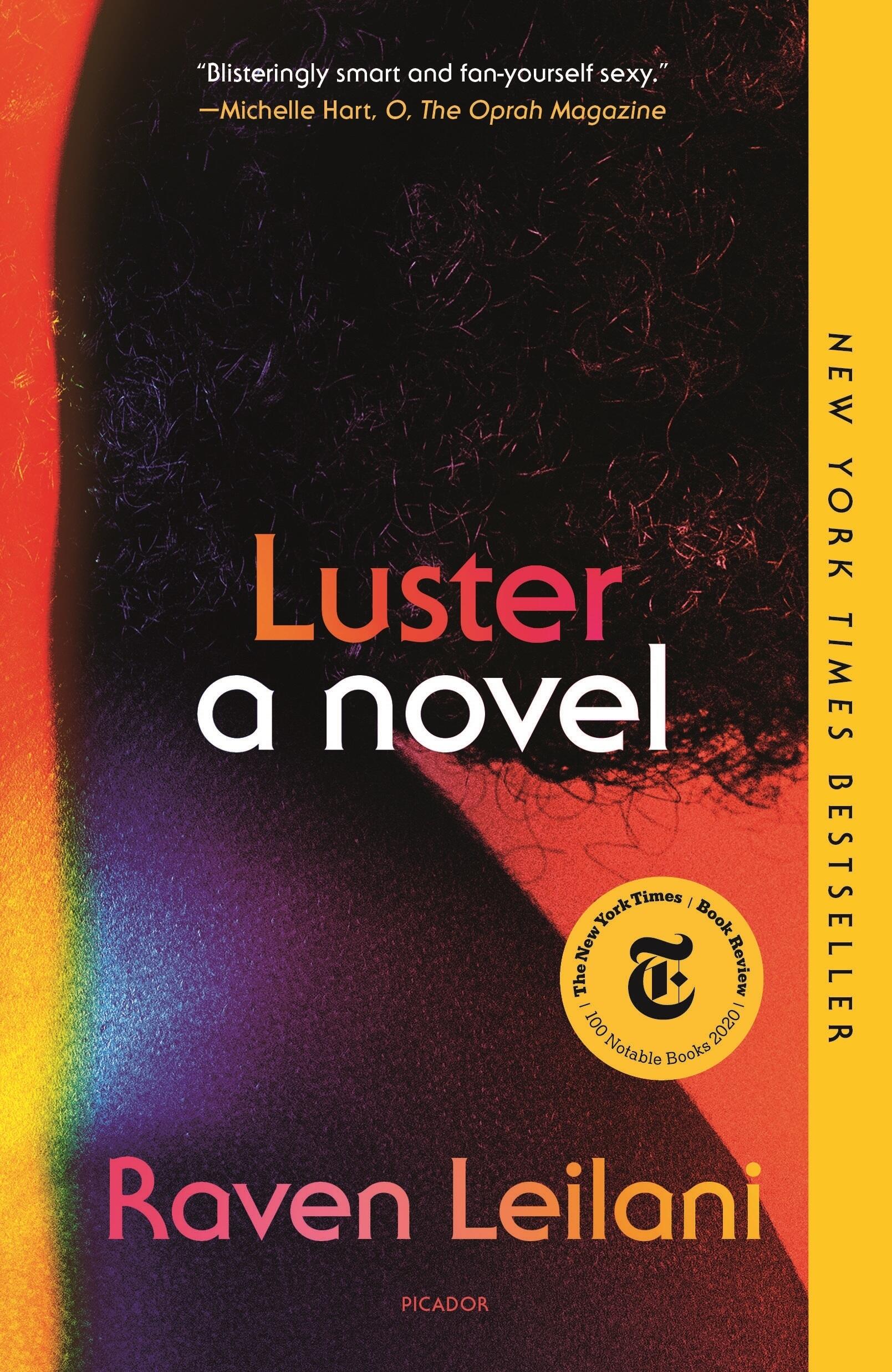 Raven Leilani has won the 2021 VCU Cabell First Novelist Award, which honors an outstanding debut novel published during the preceding calendar year. Her winning book, “Luster,” published by Farrar, Straus and Giroux, tells the story of Edie, a 23-year-old Black woman and aspiring artist, who after losing her job finds herself living with her much older lover, his enigmatic wife and their adopted daughter.

Leilani will receive the award during a public moderated discussion and Q&A in November. Details of the event and additional materials will be made available at www.firstnovelist.vcu.edu/event/.

Leilani was one of three finalists for the prize, now in its 20th year. The other finalists were Bryan Washington for “Memorial” and C. Pam Zhang for “How Much of These Hills is Gold.”

According to the publisher’s official synopsis of “Luster”:

Edie is stumbling her way through her twenties — sharing a subpar apartment in Bushwick, clocking in and out of her admin job, making a series of inappropriate sexual choices. She is also haltingly, fitfully giving heat and air to the art that simmers inside her. And then she meets Eric, a digital archivist with a family in New Jersey, including an autopsist wife who has agreed to an open marriage — with rules.

As if navigating the constantly shifting landscapes of contemporary sexual manners and racial politics weren’t hard enough, Edie finds herself unemployed and invited into Eric’s home — though not by Eric. She becomes a hesitant ally to his wife and a de facto role model to his adopted daughter. Edie may be the only Black woman young Akila knows.

Irresistibly unruly and strikingly beautiful, razor-sharp and slyly comic, sexually charged and utterly absorbing, Raven Leilani’s “Luster” is a portrait of a young woman trying to make sense of her life — her hunger, her anger — in a tumultuous era. It is also a haunting description of how hard it is to believe in your own talent, and the unexpected influences that bring us into ourselves along the way.

Winner of the National Book Critics Circle John Leonard Prize, the Kirkus Prize, the Center for Fiction First Novel Prize, and the Dylan Thomas Prize, “Luster” has received widespread critical acclaim. “Luster” was named a New York Times Notable Book of the Year, a National Book Foundation 5 under 35 honoree and a favorite book of the year by both The New Yorker and Barack Obama.

O: The Oprah Magazine called the novel, “an irreverent intergenerational tale of race and class that’s blisteringly smart and fan-yourself sexy.” The New York Times praised the novel as “so delicious [it] feels illicit." And NPR called it “a novel that shines with a distinctive darkness.”

Leilani’s work has been published in Granta, The Yale Review, Timothy McSweeney’s Quarterly Concern, Conjunctions, The Cut and the New England Review, among other publications. Leilani received her M.F.A. from New York University and was an Axinn Foundation Writer-in-Residence.

The VCU Cabell First Novelist Award celebrates the VCU M.F.A. in Creative Writing program’s yearlong novel workshop, the first in the nation and one of the few still in existence. The winning author receives a $5,000 prize and participates in an event, traditionally in person, with two additional panelists, most often the agent and editor of the winning book. The event, open to all, focuses on the creation, publication and promotion of the author's first novel.

The VCU Cabell First Novelist Award is presented on behalf of VCU’s M.F.A. in Creative Writing program. Sponsors include the James Branch Cabell Library Associates, VCU Libraries, the VCU Department of English, Barnes & Noble @ VCU and the VCU College of Humanities and Sciences.

Over 200 novels were submitted for this year’s prize. A universitywide panel of readers, in addition to members of the Richmond community, reduced the submissions to a Top 20 Long List. From there, the Long List was considered by the M.F.A. in Creative Writing students, who further narrowed the submissions to first a Top 10 Short List and then to three finalists. The final round of judging included the M.F.A. students, the VCU Cabell First Novelist Committee and the winner of the previous year’s award.

In addition to Leilani, previous winners of the award have included: John Englehardt for “Bloomland,” Ling Ma for “Severance,” Hernán Diaz for “In the Distance,” Jade Chang for “The Wangs vs. the World” and Angela Flournoy for “The Turner House.” A full list of winners can be found at www.firstnovelist.vcu.edu/winners/.

The 2022 VCU Cabell First Novelist Award is soon to announce a call for submissions for debut novels published in 2021, with a final submission deadline of Dec. 30, 2021. For more information, visit www.firstnovelist.vcu.edu.