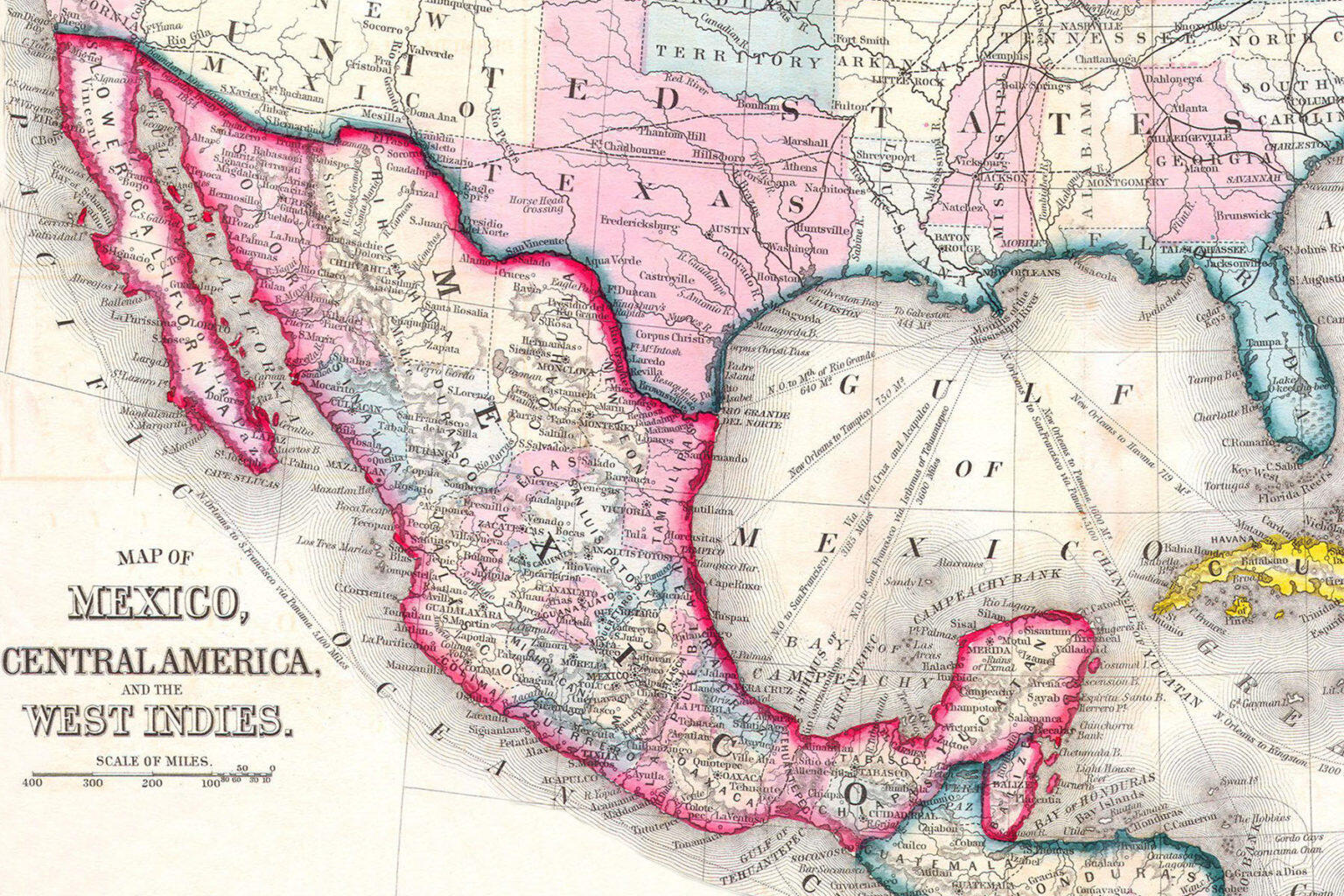 When the Underground Railroad ran to Mexico

In upcoming talk, VCU professor will detail when an estimated 10,000 people journeyed south to escape slavery.

For some enslaved people in the south, escape to Mexico offered their best route to freedom. (Illustration/Samuel Augustus Mitchell, Public Domain, via Wikimedia Commons)

Anita Nadal was excited when she learned that the Underground Railroad for enslaved Blacks extended south to Mexico as well as to the northern part of the United States.

“It was powerful. I always thought of folks going north,” said Nadal, an assistant professor in the VCU School of World Studies and faculty fellow for community engagement in the College of Humanities and Sciences at Virginia Commonwealth University. “As an educator, I thought, ‘Wow, this is going to be so cool for my students.’”

Mexico abolished slavery in 1829, 36 years before the U.S., and the country “welcomed slaves to come and live freely,” Nadal said. It was easier for the enslaved people in southern states such as Texas and Alabama to go to Mexico than travel north, she said, adding it’s estimated that up to 10,000 enslaved people used that route.

“Many of my students from Mexico aren’t aware of that,” she said. “When students are exposed to little-known facts, it makes a huge difference.”

Nadal will talk about enslaved Blacks fleeing to Mexico in the 1800s in her presentation, “Little Known Facts and Afrodescendientes,” on Feb. 11 from noon to 1 p.m. in the Office of Multicultural Student Affairs. Yahusef Medina, associate director of community initiatives with Virginia Humanities, will be co-presenting. Registration is required.

“More scholars have started to dig deeper into the African diaspora and look at that aspect of history,” Nadal said.

Nadal always asks her students who they talked about in high school when it came to Black History Month.

“Year after year it was always the same three to four people — Harriet Tubman, Martin Luther King, Rosa Parks, and more recently, former President Barack Obama,” she said, adding she feels students should have a broader understanding of Black history. “It behooves us as educators to help our students understand that there are myriads of people that come from Africa or African descendants that made huge contributions to the U.S.”

For example, Arturo Alfonso Schomburg was an Afro-Puerto Rican who was an important figure in the Harlem Renaissance. “When he was young, his teacher told him that Blacks didn’t have a history. When he grew up, he made it his life work to prove that teacher wrong,” Nadal said.

Schomburg spent years researching the contributions of Blacks. His collection of materials related to African American history is now held in the Schomburg Center for Research in Black Culture at the New York Public Library branch in Harlem.

“In New York City, many of the Afro-Puerto Ricans collaborated with African Americans. For example, hip-hop music was a collaboration of Puerto Ricans and Blacks in the Bronx,” she said. “All of these individuals made contributions. They were framers of the vibrant hip-hop culture that gave voice to marginalized groups.”

VCU freshman Sanai Eaton-Martinez, who was born in Brooklyn, will share his own story at the Feb. 11 event.

“I’ll talk about my own experience navigating the modern world as an Afro Boricua [a Black person from Puerto Rico] and broadcasting my story through poetry,” said Eaton-Martinez, who is majoring in political science in the College of Humanities and Sciences.

Nadal wants people to understand the nuances involved in Black history. Little-known facts must come to the forefront, she said.

“Diaspora means a scattering of people, which led to hybridity and transculturation,” she said. “It’s important when we think of African diaspora to help students understand it’s much broader than the same people. There’s more to the story.”