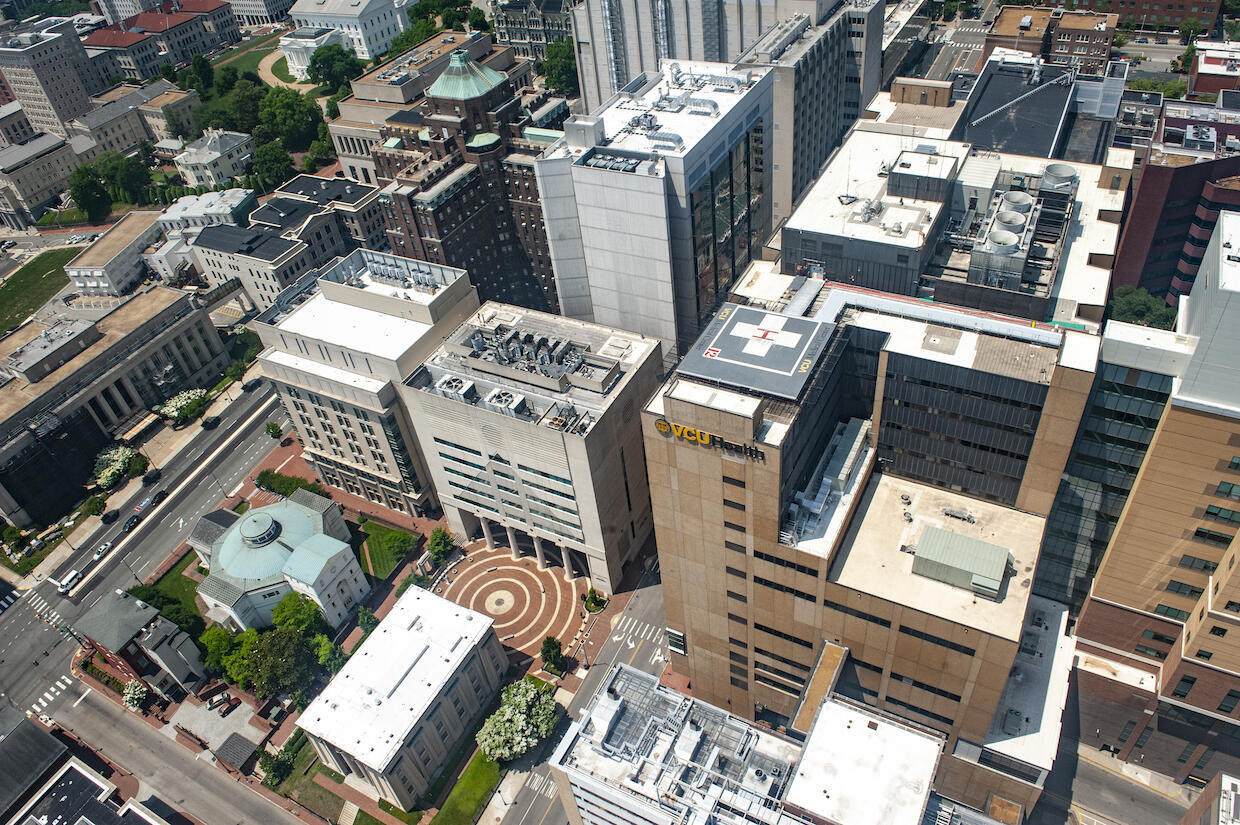 In its ranking of the Best Global Universities, U.S. News and World Report lists Virginia Commonwealth University among the top 20% in the world, tied at No. 439 out of 2,165 public and private institutions in the U.S. and more than 90 other countries.

The rankings are based on 13 indicators that measure universities’ academic research performance and their global and regional reputations. Several specific programs at VCU are ranked particularly highly in the global rankings, including gastroenterology and hepatology (No. 17), surgery (No. 86), cardiac and cardiovascular systems (No. 132), psychiatry and psychology (No. 138), neuroscience and behavior (No. 193) and radiology, nuclear medicine and imaging (No. 195).

said the ranking recognizes the momentum of VCU’s research enterprise, VCU’s impact and the scholarly and research excellence of its faculty.

Why is it significant for VCU to be ranked among the best global universities?

Well, for a number of reasons. First of all, as we try to expand our international footprint, whether through research collaboration with faculty and universities from all around the world or through our degree program opportunities to grow international student enrollment at VCU, being ranked among the top universities in the world is very important. Prestige is very important. Prestige matters.

And just to give you a sense of why, recently I was part of a group from VCU that visited Dubai, the United Arab Emirates and India, where we met with institutional leaders, faculty, staff and students to explore potential international partnerships. In those countries, as well as others where VCU members have recently visited, we heard loud and clear that these universities and parents from abroad want to send their students to the U.S., but they want to send them to universities that are very reputable and highly ranked.

So that’s No. 1. Further, the need to improve our global reputation is very important for attracting and retaining talented students, trainees as well as world class faculty. Finally, improving our ranking is also key to improving our domestic reputation. It shows that our faculty, postdoctoral trainees, staff and students are engaging in advancing research that matters and that their work makes an impact that is recognized by peers around the globe.

These rankings are different from the U.S. News & World Report undergraduate rankings, right? What should be people’s main takeaway from this recognition?

There are two types of U.S. News rankings. So recently, for instance, we ranked in the top 30 public universities for innovation. So that’s very good too.

But the undergraduate U.S. News rankings are the main thing that students and parents are looking at when deciding which university to attend. We know that the first thing someone does when they hear about a university is they Google it and see where it ranks in U.S. News & World Report. Like it or not, that’s what people do. But that’s the undergraduate ranking. So there, we rank sixth among our Virginia peers.

But in these global rankings, again by U.S. News, we rank No. 3 in Virginia. The reason why it’s different is because it’s a different formula. Different things are counted here. In these world rankings, the main — actually the only — element that makes up the algorithm, it’s all about research output, scholarly excellence, citations of the research that your faculty are performing, international collaborations, how many books your faculty have written, how many conferences they go to, and the research reputation in the international community.

So these rankings are all about research excellence and prestige in terms of the research that we do.

This ranking [arrives] in the context of VCU breaking one research funding record after another. We are an R1 university, which means we’re among the 146 universities in the U.S. that are ranked for very high research activity. But also, this year, we just broke an all-time record of more than $405 million in sponsored research. Right now we rank No. 58 in the U.S. among public universities for federally funded research expenditures, per the National Science Foundation, and we are on our way to reaching even higher.

We are climbing in research prestige and reputation very, very rapidly. And this international ranking is a testament to the influence and the prestige and the importance of the research that VCU faculty are doing.

Another thing that goes into the formula for this ranking is how many of the faculty are among the top 1% of most-cited scientists in the world.

Stanford University annually publishes a list of all the researchers from all over the world who are in the top 2% of the most-cited researchers, both currently and throughout their careers. Turns out we have over 200 VCU faculty on that list. It’s really impressive.

To me, what is really important here is that this particular ranking highlights the momentum of our research enterprise, the impact we make and the scholarly and research excellence of our faculty.

Several VCU programs — such as gastroenterology and hepatology, surgery, clinical medicine, psychiatry and psychology — are especially highly ranked globally. What stands out the most to you about that?

Well, first of all, the one big conclusion, which again, correlates with our overall research expenditures, is that if you look at our sponsored research, a big chunk — about half — comes from our health system. And at most universities that have a health system, especially with a School of Medicine, this is also true simply because the budget from the National Institutes of Health is so much bigger than the research budgets from other federal agencies such as the NSF, the departments of Energy, Education and so on. So, if you do research related to health, you have access to so much more funding. In addition, medical schools associated with health systems are able to conduct clinical trials. So, overall, more funding there means our faculty are very well supported to be able to do scholarship, to publish more papers to present their research. It’s not a coincidence, the two are correlated.

And I think, to me, the specific programs that are ranking very well, it shows that we have in our health system some researchers who are really, really in the upper echelon in the world. There’s no doubt about this. For instance, Dr. Ken Kendler, who is VCU’s most-cited researcher, is listed 66th overall for career and is the world’s second-most-cited psychiatrist and first in the subfield of neurology/neurosurgery.

Likewise, the director of the Stravitz-Sanyal Institute for Liver Disease and Metabolic Health, Dr. Arun Sanyal, is another of our top researchers in the world when it comes to citations. And Dr. Todd Stravitz, whose gift helped launch the institute, is also on the Stanford list.

Along those lines, on my recent trip to Dubai, I met an alumnus from our College of Engineering in Abu Dhabi. We drove from Dubai to Abu Dhabi to have lunch with him. And he was telling me this story of how his wife’s father had issues with liver cancer. He told us that they had him treated in England, and they asked the doctors: Who is the top name in the world when it comes to liver disease? And they told him that there is this guy named Arun Sanyal at VCU. So it’s that kind of impact. And it’s not only Ken and Arun, but there are several others at VCU who are at that level.

How do you see VCU accelerating its research momentum?

An exciting piece to this is that VCU President Michael Rao has charged our university to aspire to surpass half a billion dollars in sponsored research. While we have raced from $310 million in 2019 to  $405 million right now, getting this extra hundred in new research funding is going to be much harder.  But we have an opportunity to get there by strategically investing in and growing the connections between all the great work that’s happening on the health campus with the rest of VCU.

There are tremendous opportunities for synergies between, among others, engineering, psychology, physics, arts, chemistry, biology and so many other disciplines with the School of Medicine and other health sciences units to accelerate research to optimize human health. And there are also major opportunities for advancing large scale transdisciplinary research initiatives along the other three pillars of our One VCU strategic research plan. Research that seeks to enrich the human experience, achieve a just and equitable society, and support sustainable energy and environments.

But this will not happen organically and will need strategic investments, commitment to knowledge creation and transformative innovation through leadership, focus and team science-based approach that integrates students and faculty across disciplines.

So on one hand, this specific ranking highlights the excellence of not only our health system but of our entire academic enterprise. On the other hand, it paints a path for us to go to the next level overall as a university as ONE VCU, and that we can do that by better building research connections across the health sciences, STEM, social sciences, public policy, arts and humanities fields among our campuses here and in Doha, Qatar.